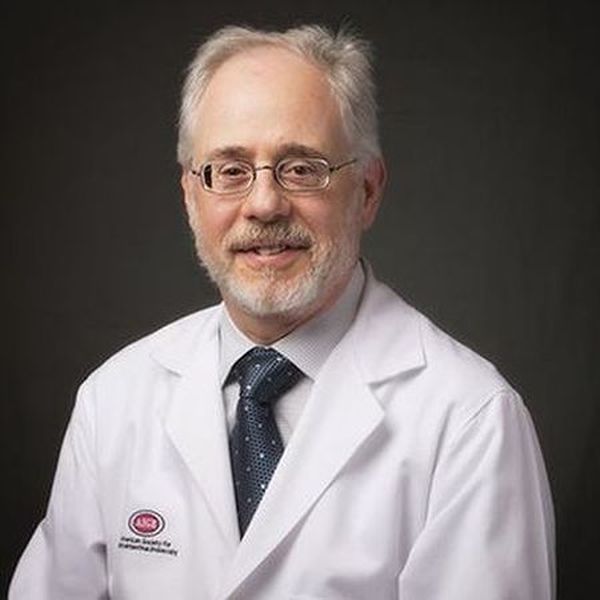 Dr. Zuckerman graduated Phi Beta Kappa from the University of Rochester and went to Tufts University School of Medicine in Boston. He did his residency in medicine at Baystate Medical Center (Tufts) and his fellowship in gastroenterology at the Albert Einstein College of Medicine in New York. 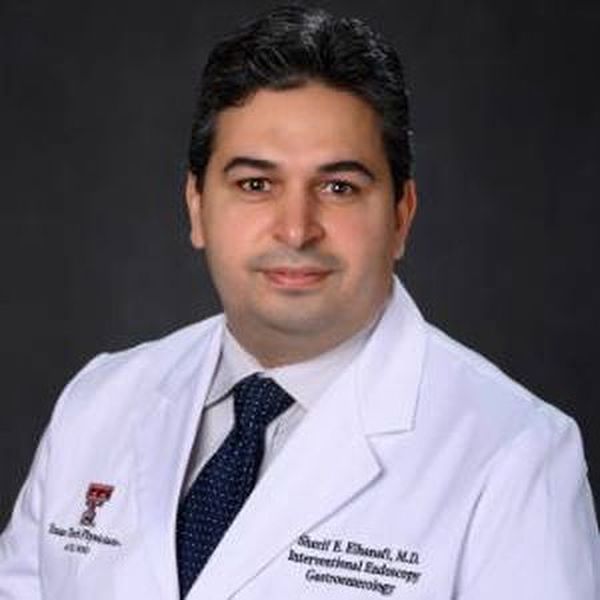 Dr. Elhanafi is a member of the American College of Gastroenterology, American Gastroenterological Association and the American Society for Gastrointestinal Endoscopy as well as the American College of Epidemiology. Dr. Elhanafi has been appointed to the Standards of Practice Committee of the ASGE. Among his honors and awards are Alpha Omega Alpha Honor Society membership, the Frank Brooks Research Award for Excellence in GI Research from the University of Pennsylvania, the AGA Young Investigator Research Achievement Award, Resident Award from the Southern Society for Clinical Investigation, and the Outstanding Research Award from Texas Tech University Health Sciences Center El Paso.

Dr. Elhanafi’s clinical interests are in pancreatobiliary diseases, and precancerous and cancerous lesions of the gastrointestinal tract. He specializes in advanced diagnostic and therapeutic endoscopic procedures, including endoscopic ultrasound, ERCP and cholangioscopy, balloon-assisted enteroscopy, luminal stent placement, endoscopic mucosal resection, and complex polypectomy. His research focuses on prevention and treatment of gastrointestinal cancers, with a particular interest in using novel endoscopic techniques to diagnose and treat these diseases. 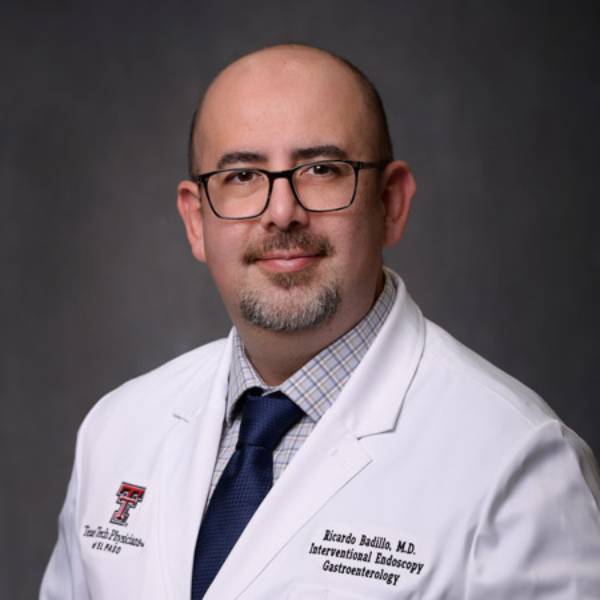 As an Interventional Gastroenterologist, Dr. Badillo specializes in the diagnosis and treatment of complex digestive and nutritional diseases using state of the art endoscopy technology and techniques. His clinical focus is on pancreas, biliary disease, and complex gastrointestinal disorders. 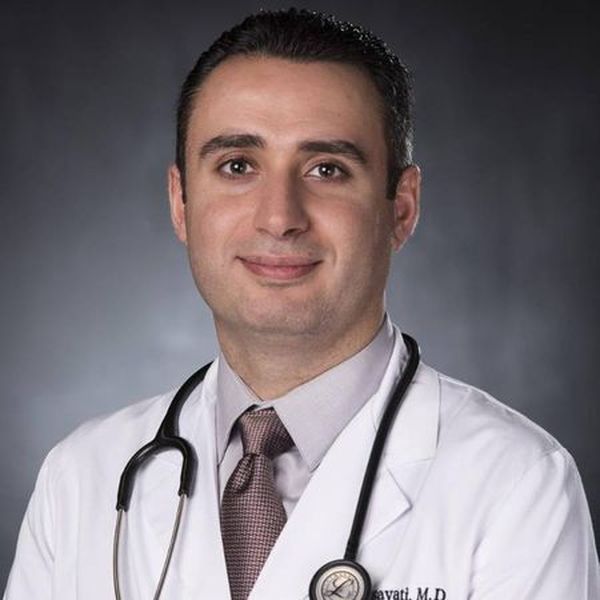 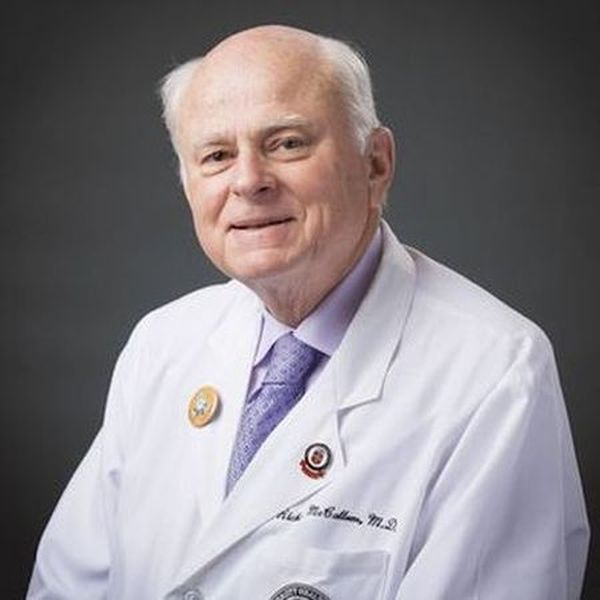 Professor of Medicine
Division of Gastroenterology

Dr. McCallum, a native of Brisbane, Australia, attended the University of Queensland and the Queensland Medical School, earning his bachelor's degree and his M.D. He served a rotating internship at the Charity Hospital in New Orleans LSU service, and his residency in categorical internal medicine at Barnes Hospital, Washington University in St. Louis, Missouri. Dr. McCallum had fellowship training in gastroenterology at the Wadsworth Veterans Hospital and the University of California in Los Angeles. Following his fellowship, he was appointed, director of GI endoscopy and assistant professor at UCLA. In 1976, Dr. McCallum went to Yale University School of Medicine, Yale-New Haven Veterans Administration Hospital where he served as director of the gastroenterology diagnostic laboratories and rose to associate professor.

Dr. McCallum was recruited to the University of Virginia in September 1985 to become the Paul Janssen Professor of Medicine, and chief of the division of gastroenterology, hepatology, and nutrition for ten years. He then accepted the position of professor of medicine, chief of gastroenterology and hepatology at Kansas University Medical Center where he was also director of the Center for GI Nerve & Muscle Function & GI Motility. He was elected to the American Society for Clinical Investigation, and is also a fellow of the American College of Physicians, the Royal Australasian College of Physicians, and the American College of Gastroenterology. Dr. McCallum has published more than 390 articles in peer-reviewed scientific journals, 100 textbook chapters, and has edited 13 scientific textbooks. The most recent textbooks that he has co-edited are entitled "GI Motility Testing – A Laboratory and Office Handbook," a reference text in this field and "Gastroparesis: Pathophysiology, Presentations, and Treatment." He serves on the editorial boards of eight scientific publications and committees of the major gastroenterology associations in this country. He was president of the Southern Society for Clinical Investigation, International Electrogastrogram Society, Trustee of the American College of Gastroenterology, and received the Southern Medical Association Award for Original Research. Pharmaceutically supported research is conducted by his research team and original research has been supported with VA Merit Reviewing funding, Pharmaceutical, American Diabetes Association, Foundation Grants, Small Business NIH Awards and most recently NIH Grant funding as part of the NIH Consortium in Gastroparesis.

Dr. McCallum's research has been focused on the physiology, pathophysiology, and pharmacology of gastrointestinal smooth muscle relating to disorders of motility and functional bowel disease involving the esophagus, stomach, small bowel, and colon. He has been continuously funded by the NIH, American Diabetes Association, and industry grants. He has made major advances in diagnosis and treatment of gastroparesis, especially in diabetes. As founding chair of medicine, he built a nationally competitive department of medicine at TTUHSC El Paso, as well as advancing research funding and starting fellowship programs. For the last 20 years his pioneering efforts in the area of electrophysiology of the gut and, specifically, electrical pacing of the stomach resulted in new therapeutic concepts for nausea and vomiting. Other research contributions that continue are in the recognition of cyclic vomiting as a major new etiology of nausea and vomiting in adults, diagnosing and treating dumping syndrome and rumination syndrome as well as other gut motility problems, such as anorectal motility disorders and irritable bowel and the spectrum of small bowel bacterial overgrowth. Developing new pharmacologic and medical device therapies for these entities are also ongoing projects.. 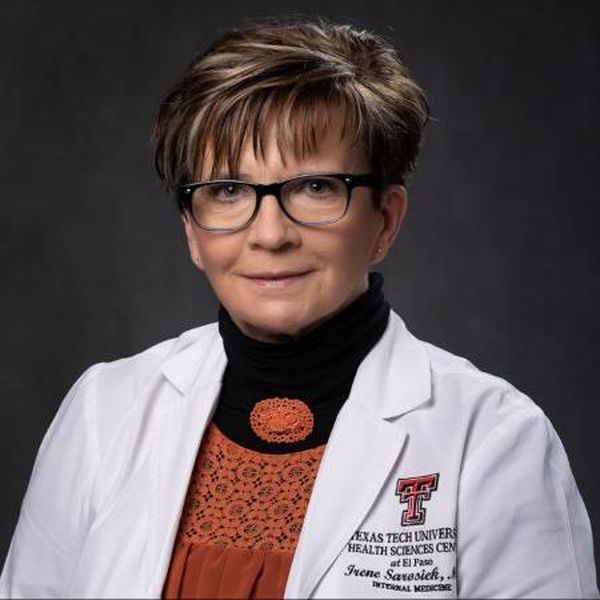 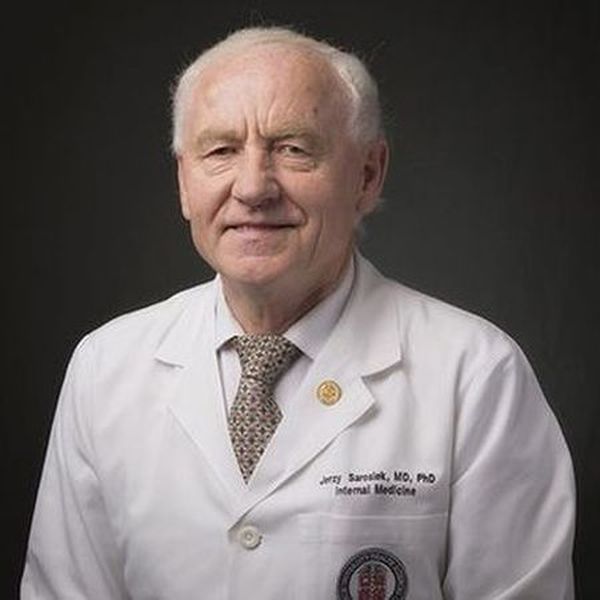 Dr. Jerzy Sarosiek, in recognition of his innovative contributions to research in gastroenterology, has been bestowed with an honorary doctorate (Doctor honoris causa) from his alma mater, the Medical University of Bialystok in Bialystok, Poland. At the University of Virginia School of Medicine in Charlottesville, Virginia, in collaboration with Dr. Barry Marshall, M.D., 2005 winner of the Nobel Prize in Medicine, Dr. Sarosiek made great contributions to understanding the pathomechanism of development of gastric ulcers in patients infected by Helicobacter pylori. 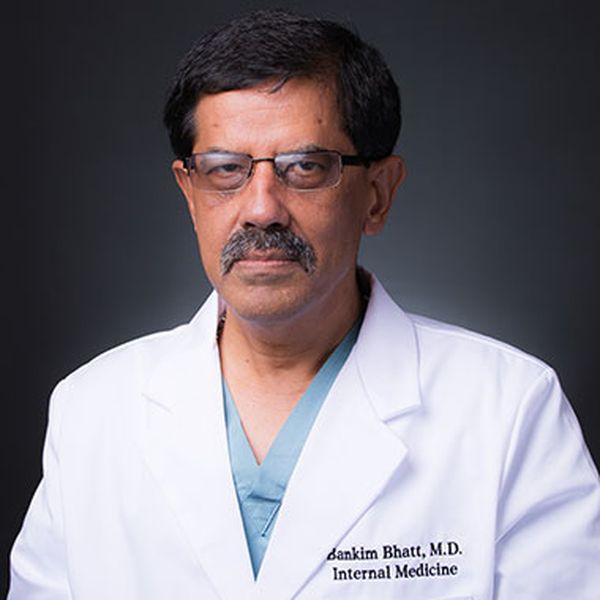 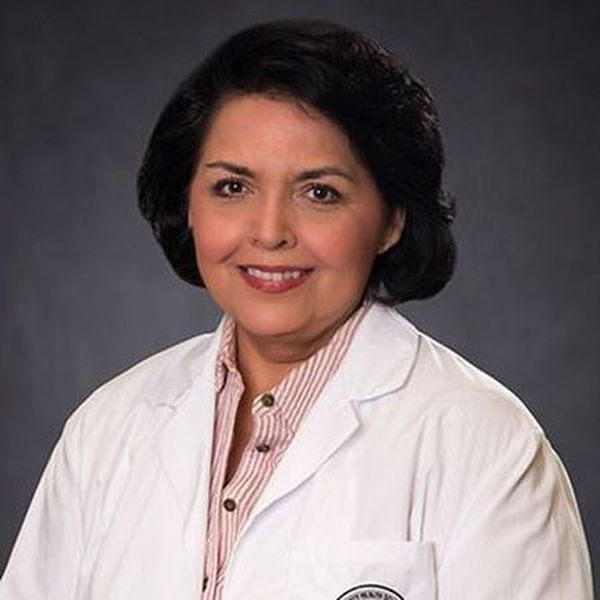 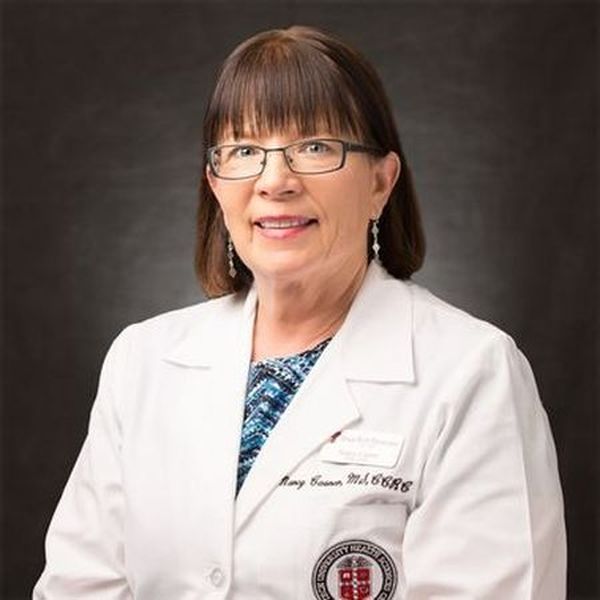 Nancy Casner received her B.S. degree from Empire State College – S.U.N.Y and her M.S. degree in community health and health administration from Long Island University, N.Y. Nancy has been involved in research in the GI division since 1985, first as lab technician, doing bench research with Marc Zuckerman, M.D., and then as a clinical research coordinator in the GI and rheumatology divisions, since 1987. In 2000, Nancy received her certification from The Association of Clinical Research Professionals (ACRP). Nancy has conducted more than 70 clinical trials and has supervised many GI research coordinators. In addition to her clinical trial duties, Nancy is also currently working with the department of family and community medicine's ACCION program (Against Colon Cancer In Our Communities) which is funded by CPRIT. 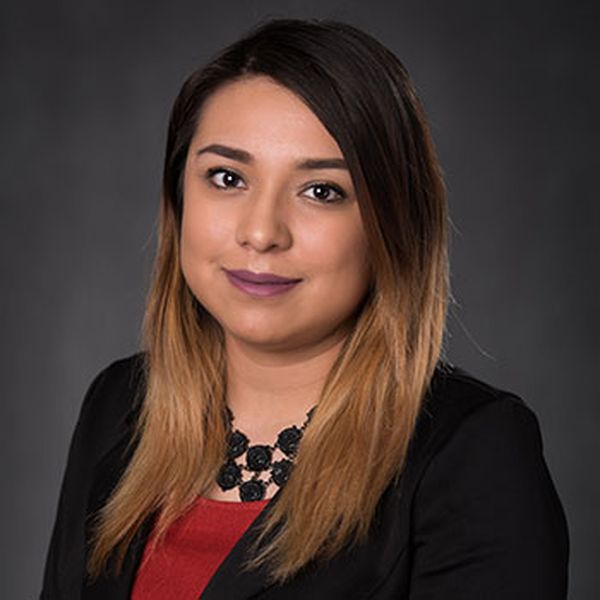 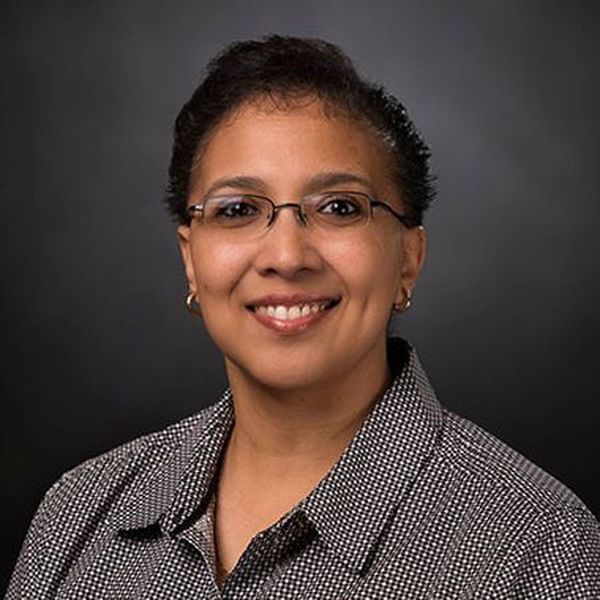 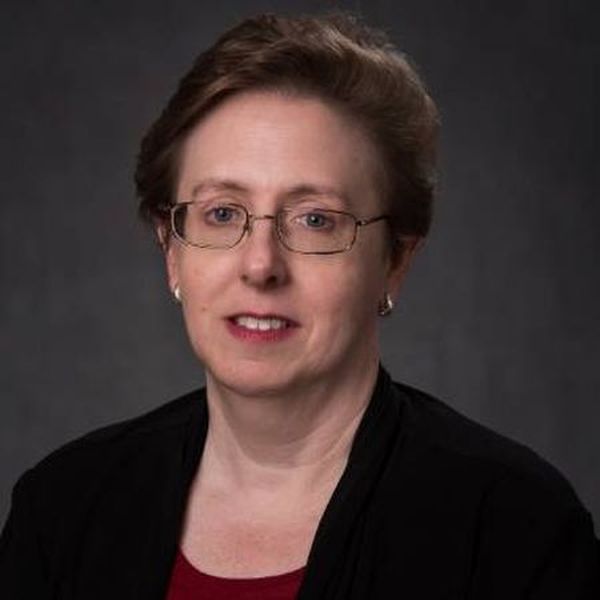 What is Coronavirus [COVID-19]?

If you are a faculty or staff member or student of TTU, TTUHSC, TTUHSC El Paso or ASU and think you may have COVID-19 (coronavirus), Email us ElpCovidResponse@ttuhsc.edu or call 915-215-SICK(7425) to speak with a nurse.