If you are a faculty or staff member or student of TTU, TTUHSC, TTUHSC El Paso or ASU and think you may have COVID-19 (coronavirus), Email us or call 915-215-SICK(7425) to speak with a nurse.
For more information, please visit TTUHSC El Paso Coronavirus site.
Research Contracts and Agreements

The terms and conditions of an NDA/ DA will be negotiated in accordance with TTUHSC El Paso policies. The Office of Sponsored Programs (OSP) will negotiate with the sponsor or contract research organization (CRO) until the agreement is acceptable to both parties. Establishing the terms of the CDA is critical, since these terms will define the provisions of the study-specific industry clinical trial agreement. 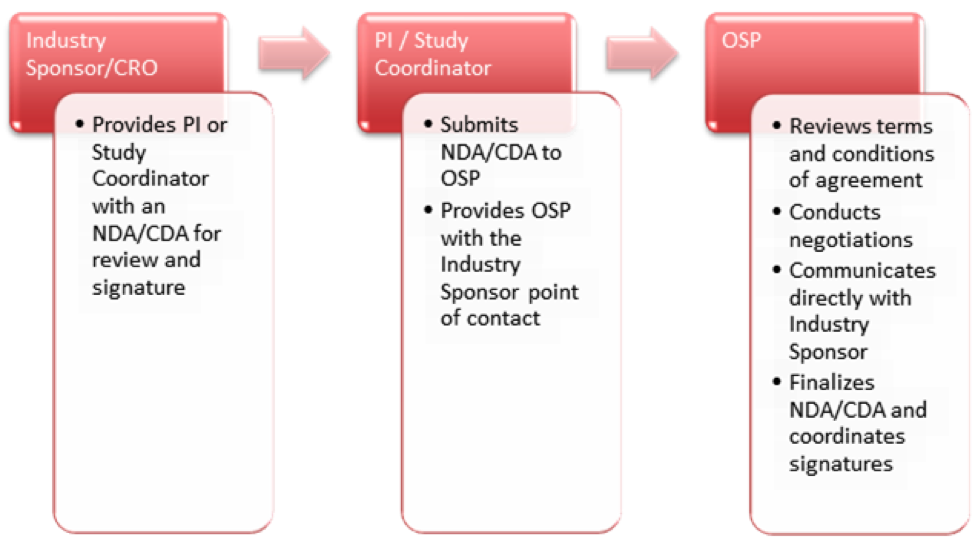